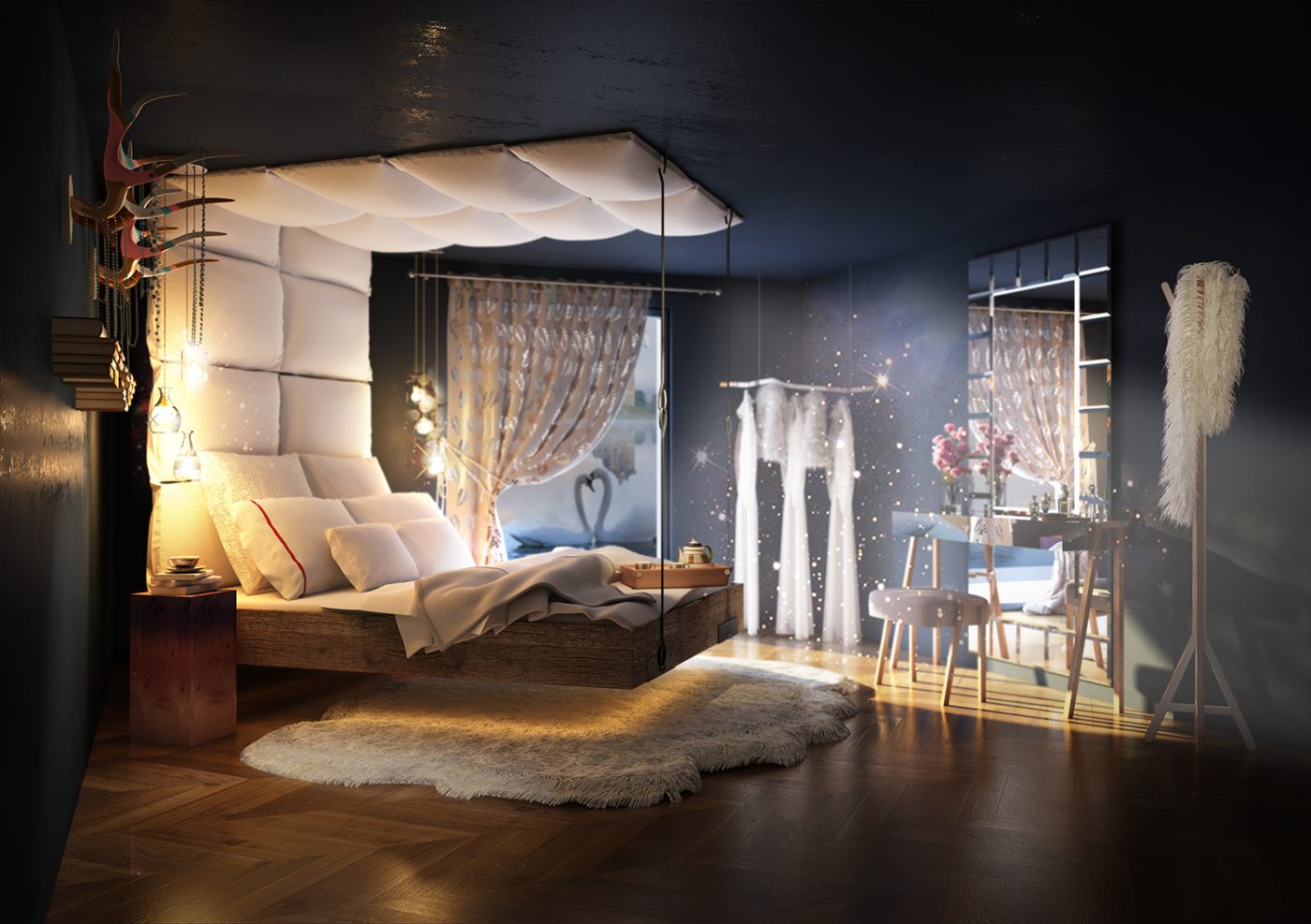 How amazing to be invited to design a fantasy bedroom fit for the Queen! We were even more delighted to have the Queen, Princess Anne and Prince Charles personally visit our finished room-set at the Coronation Festival in the grounds of Buckingham Palace. The studio was approached by KLC School of Design (where Anna trained and sometimes lectures), to create an eco-fantasy bedroom concept as part of the Coronation Festival.  The magical bedroom set was brought to life within a mirrored house within the grounds of the Palace, alongside a dining room set by John Lewis, a palace living room set by the Royal Household and a Potting Shed by the Highgrove designers. We loved putting the concept together and were delighted that it was approved by the Palace and visited by the Royals during the festival.

And our Anna even met Her Majesty the Queen! Pictured here meeting HRH with KLC’s Founder, Jenny Gibbs. Prior to the Queen’s visit to the bedroom set, Anna and Jenny were taught how to curtsey and address her correctly. Anna says it was mildly terrifying. In reality the Queen was lovely and asked several questions about the set before being ushered off. Prince Charles and Princess Anne also came by. 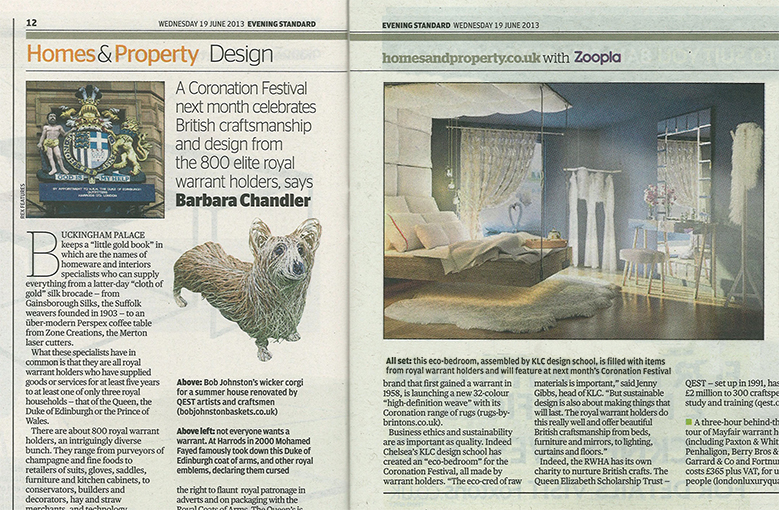 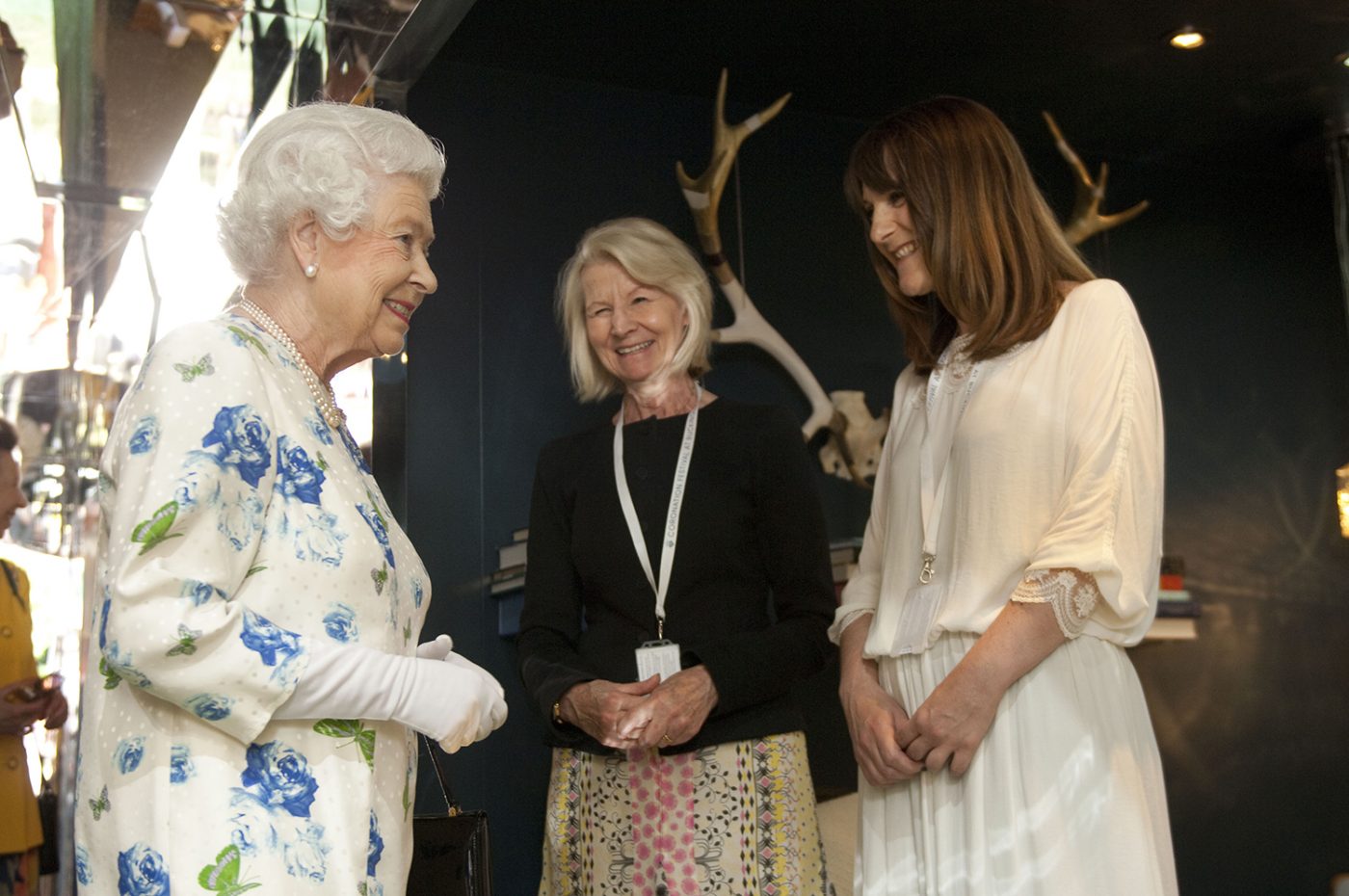 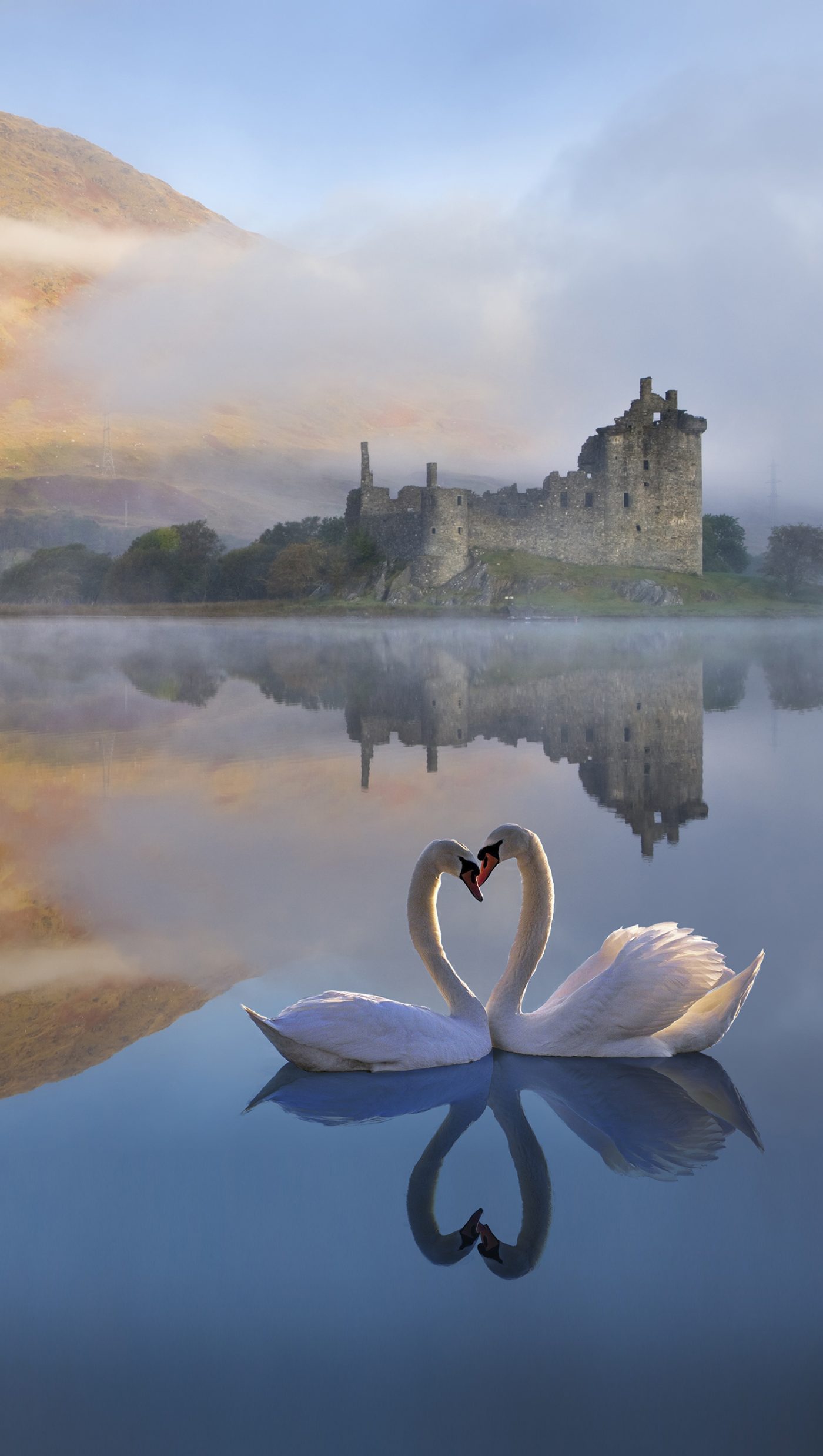 Dex helped Anna create the beautiful view from the window by adding royal touches to photographer Adam Burton’s beautiful castle on the loch original image. Our bedroom design was featured in the Daily Telegraph, The Guardian and the Evening Standard’s Homes & Property. 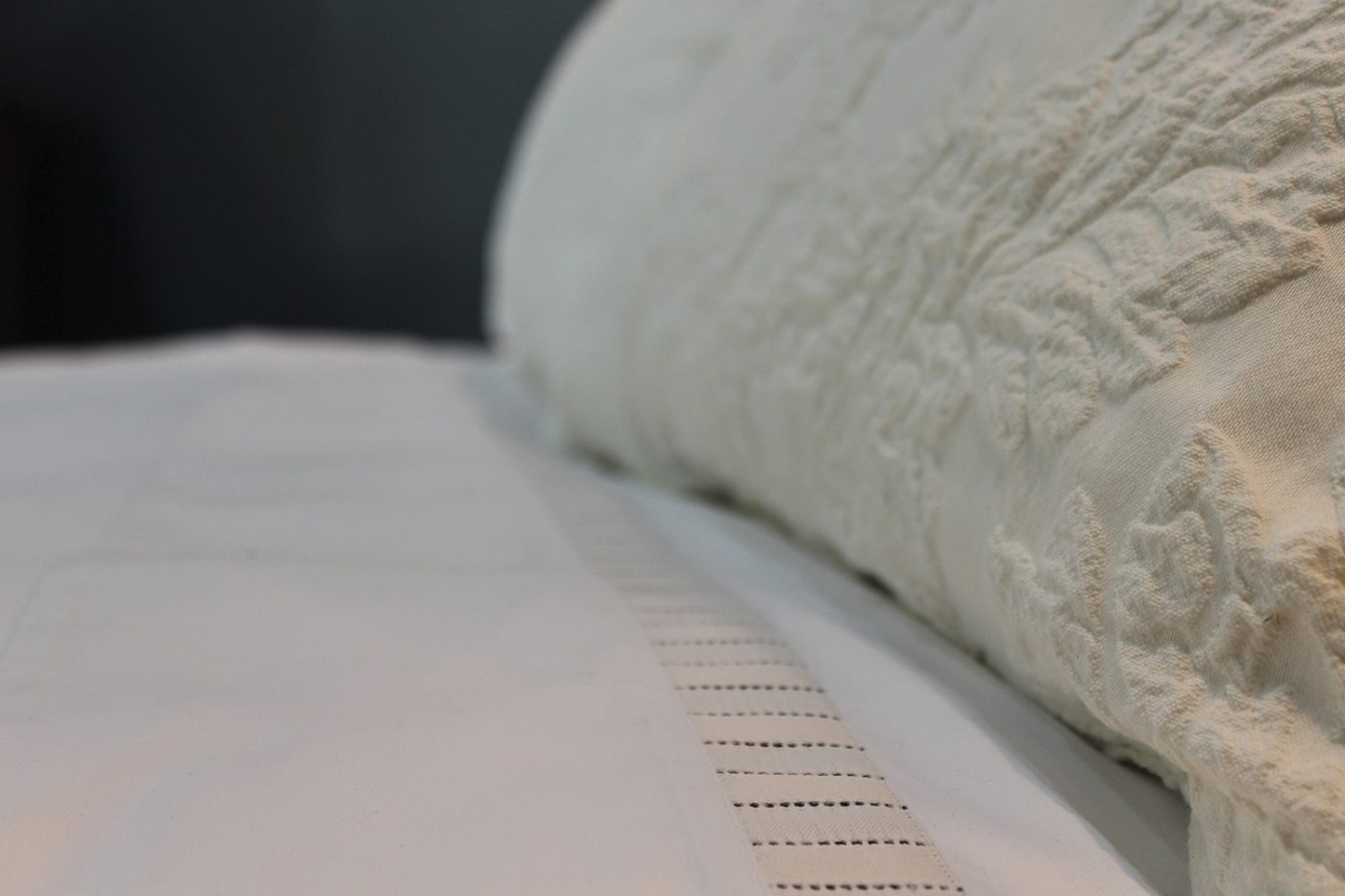