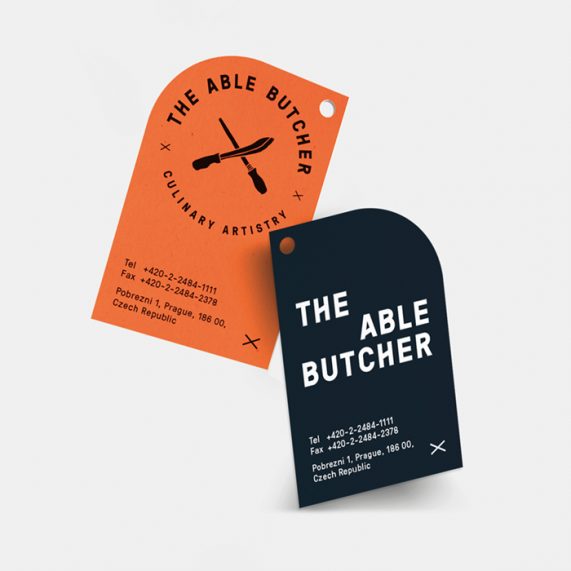 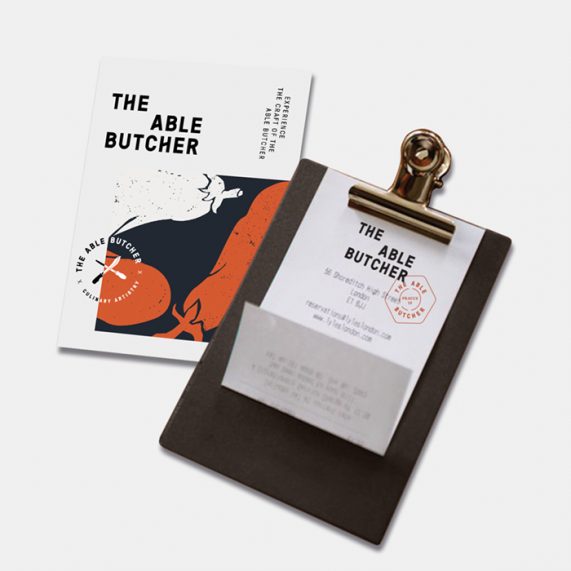 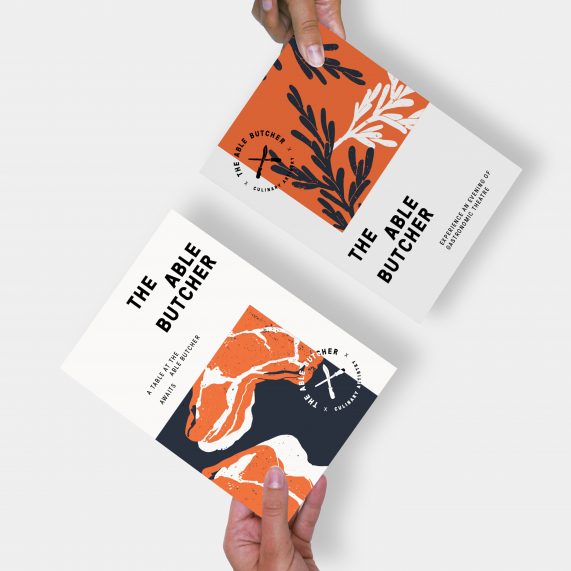 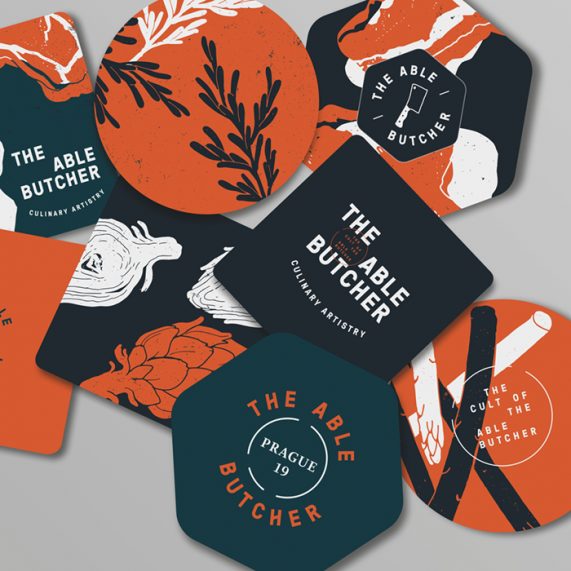 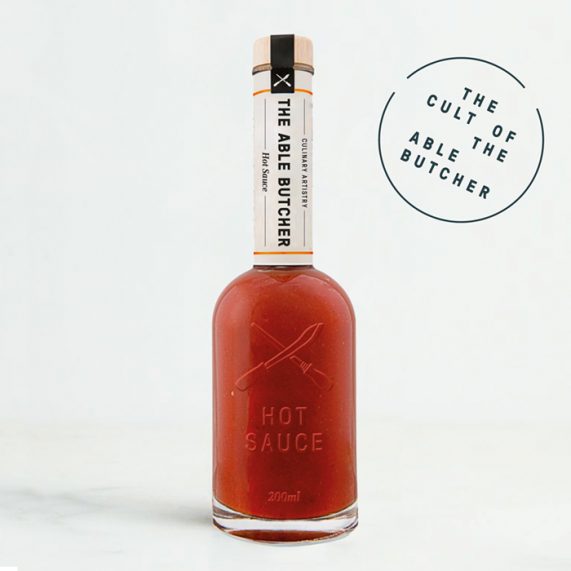 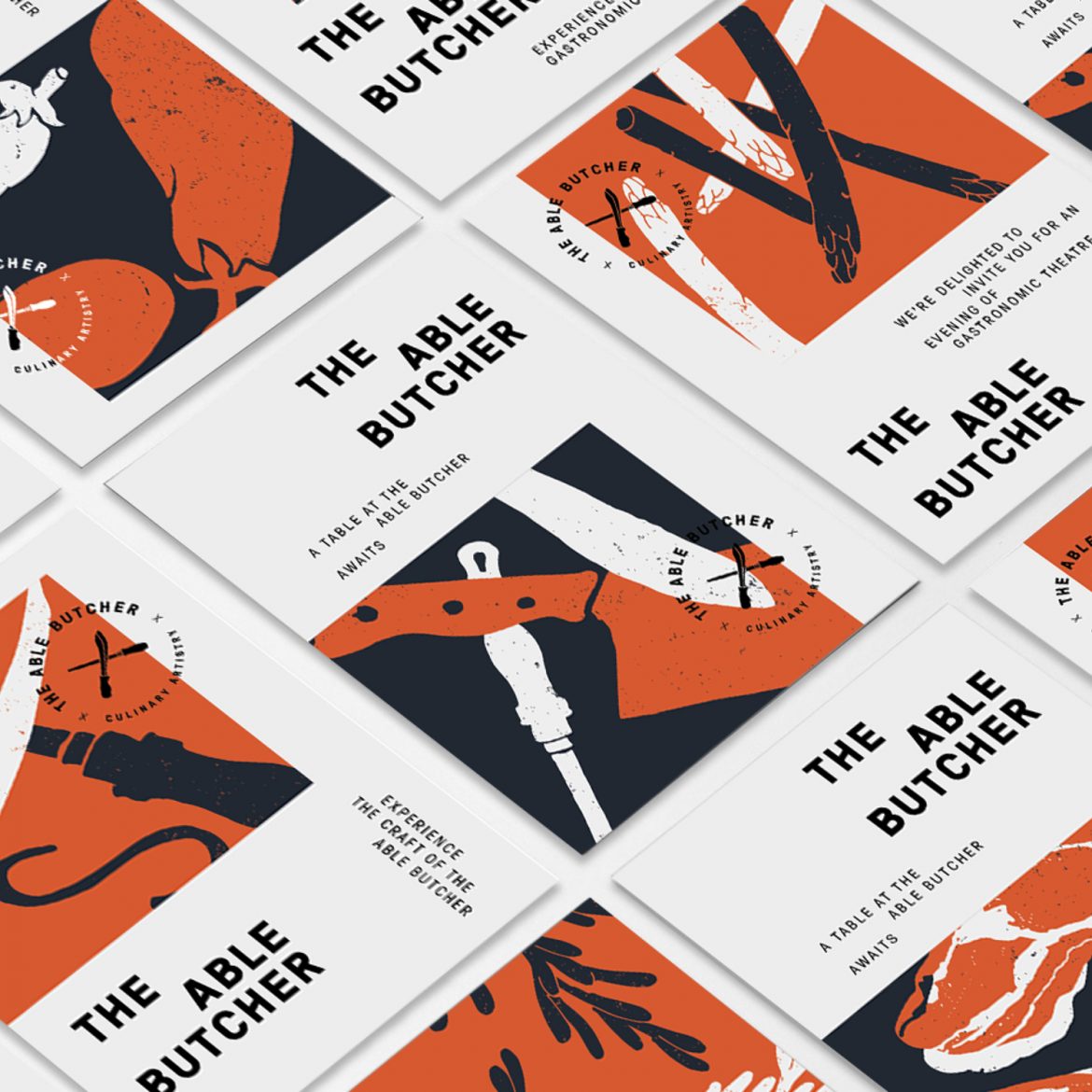 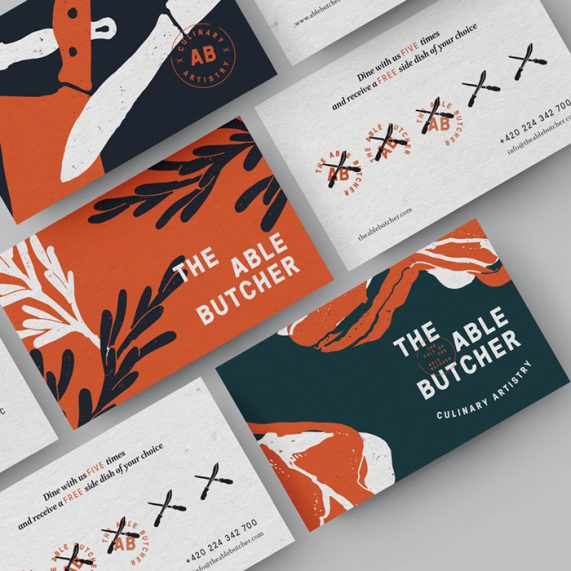 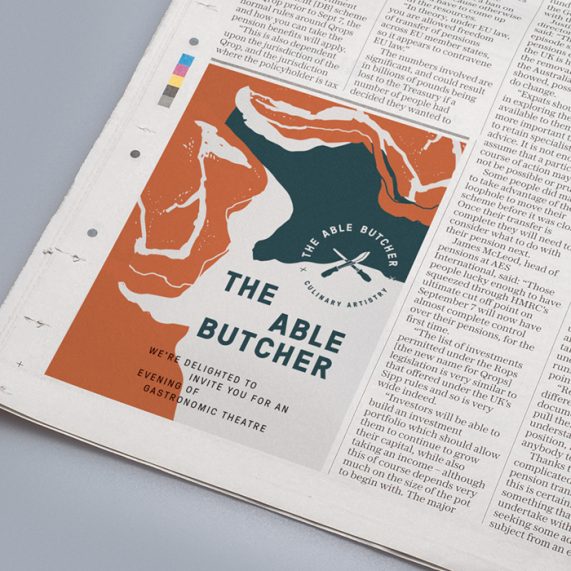 Repositioning a meat-focussed restaurant in the heart of carnivorous Eastern Europe as a Vegan friendly destination was a tough ask, particularly when the venue in question has ‘Butcher’ it’s name. So we decided to play on the knife skills of the butcher, inventing a liberating new F&B positioning around ‘Culinary Artistry’. Engaging the chefs, encouraging them to fashion a number of theatrical dishes that can be served at the table with flair; showcasing the butcher’s deft handiwork as they carve meat for a group, or delicately dissecting a fish in a captivating way. But the all new Able Butcher is also an expert at a delicious new menu of vegan and vegetarian dishes, approaching them with the same skill and artistry, within the kitchen and at the table. And finally, we put this artistry at the heart of the brand itself. Creating a series of organic handcrafted illustrations of hero ingredients in the Butcher’s bold new colour palette, quietly focussing on the vegetables above the meat. 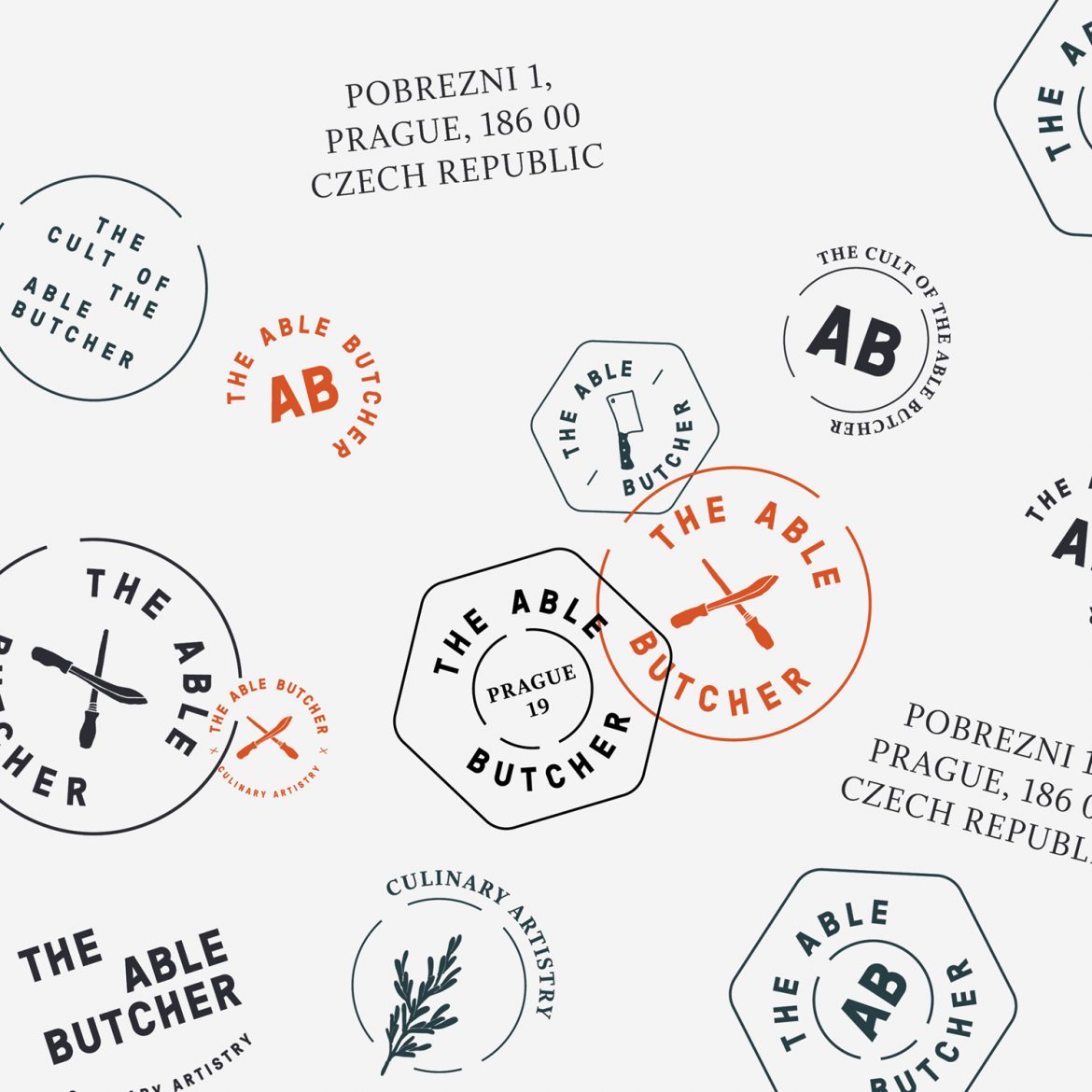 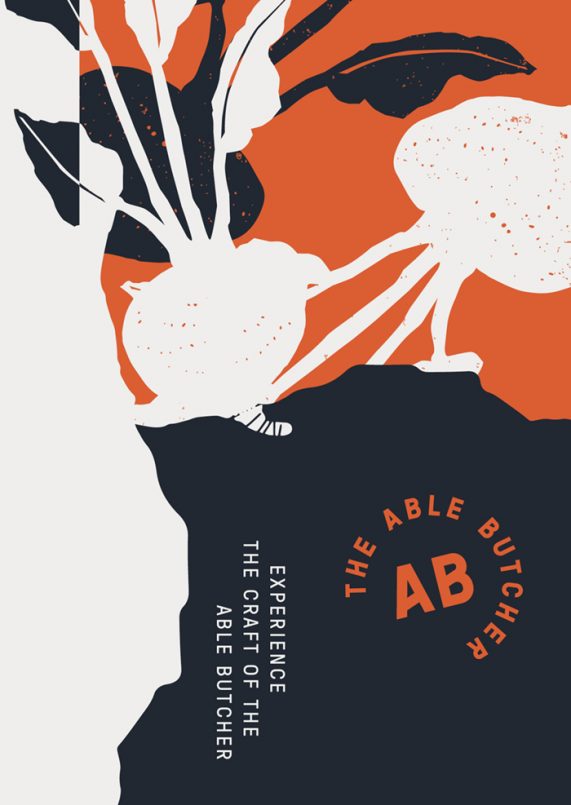 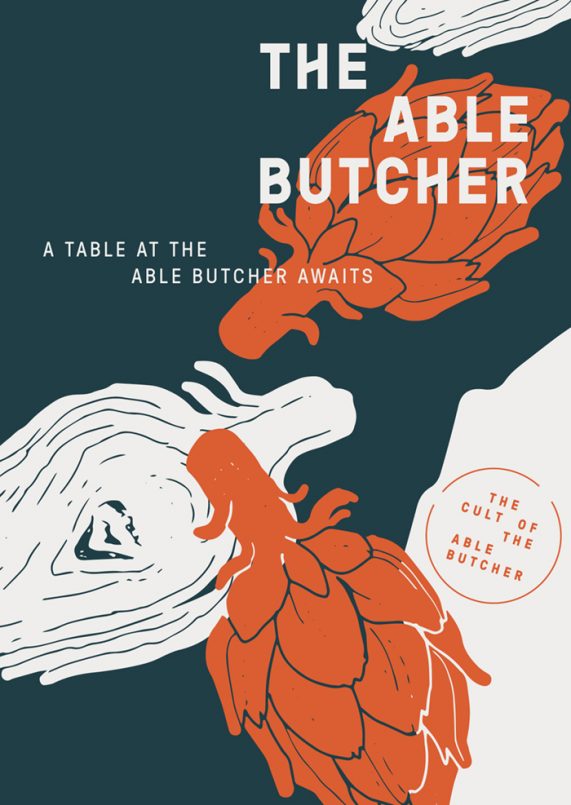 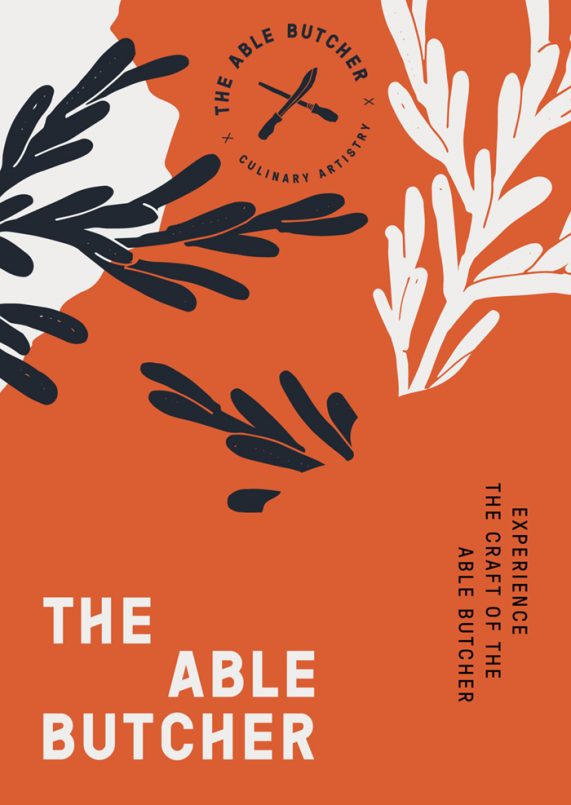 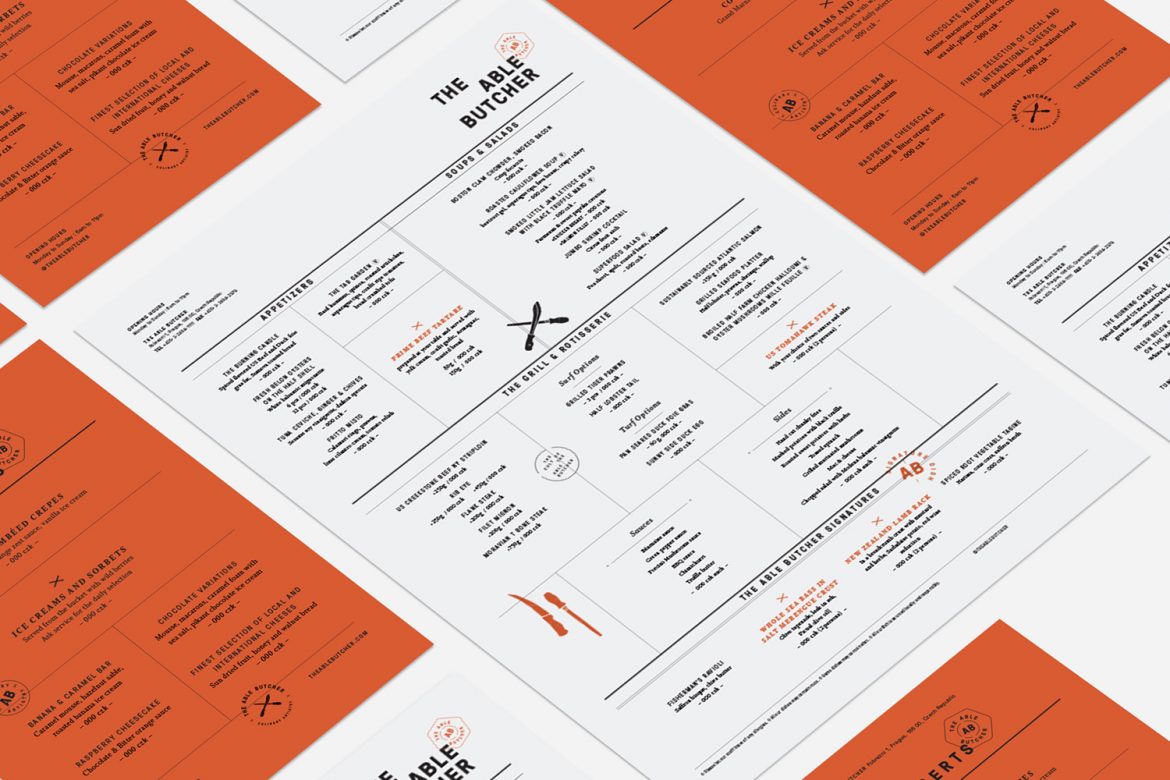 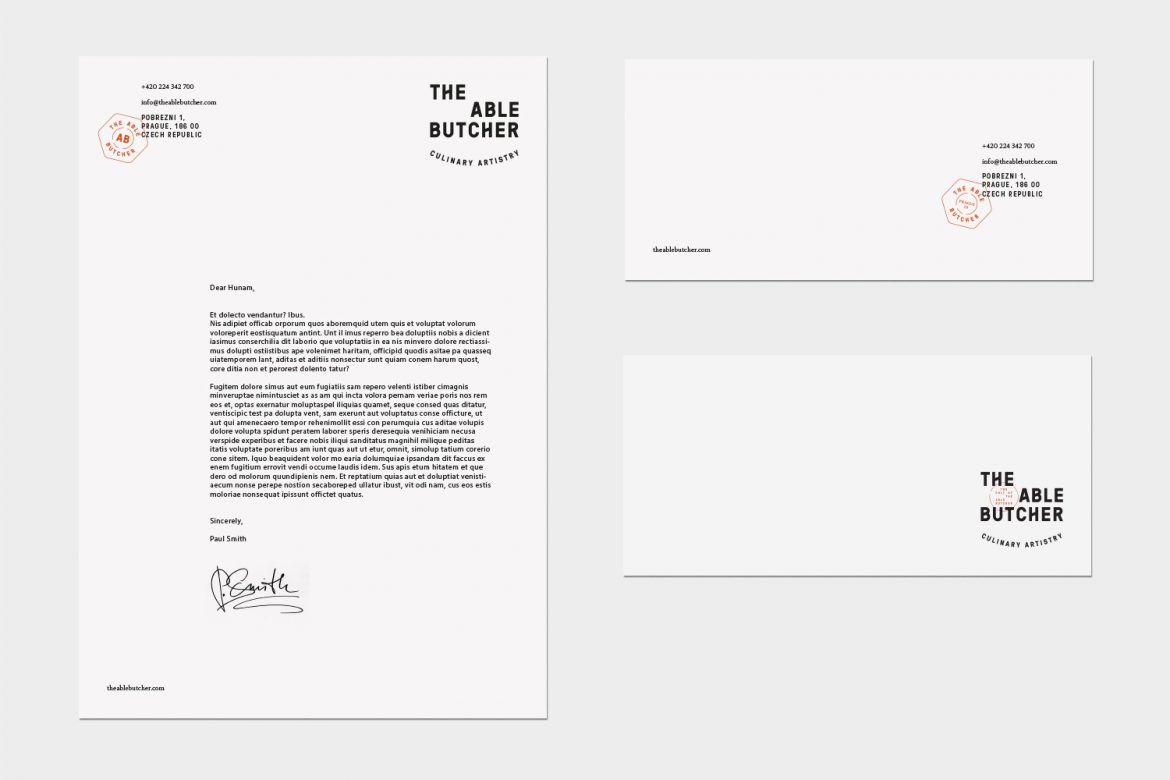 Run For The Hills is a London-based creative design house that exists in the space where branding and interiors meet.

Join our private email club if you want to receive our occasional newsletter, with the info on our latest projects, events and launches, and what’s been happening in our studio:

The Sunrise bar at Paradise Green, the latest in t

Those embarking on a dry January look away now 🙂

This is our last week before the studio shuts down

Sitting in the heart of leafy Kew, Richmond, Kew S

One night in Prague. Experiencing @restaurace_kant

© 2023 // R U N F O R T H E H I L L S
This website uses delicious cookies to improve your experience. We'll assume you're ok with this, but you can opt-out if you wish.Yeah, whatever Read More
Privacy & Cookies Policy

This website uses cookies to improve your experience while you navigate through the website. Out of these, the cookies that are categorized as necessary are stored on your browser as they are essential for the working of basic functionalities of the website. We also use third-party cookies that help us analyze and understand how you use this website. These cookies will be stored in your browser only with your consent. You also have the option to opt-out of these cookies. But opting out of some of these cookies may affect your browsing experience.
Necessary Always Enabled
Necessary cookies are absolutely essential for the website to function properly. This category only includes cookies that ensures basic functionalities and security features of the website. These cookies do not store any personal information.
Non-necessary
Any cookies that may not be particularly necessary for the website to function and is used specifically to collect user personal data via analytics, ads, other embedded contents are termed as non-necessary cookies. It is mandatory to procure user consent prior to running these cookies on your website.
SAVE & ACCEPT